Top Photos From the 2021 Wildlife Photography of The Year Competition 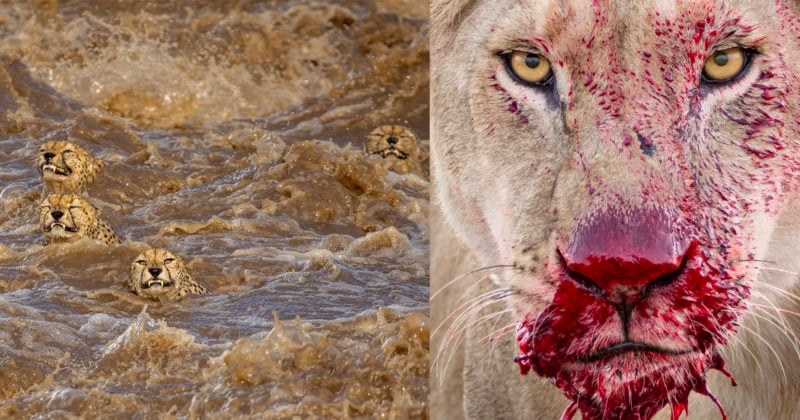 Selected from over 50,000 entries by photographers in 95 countries, the fifty-seventh Wildlife Photographer of the Year (WPOTY) competition shows the beauty and vulnerability of the natural world with animals in their natural habitat. This year’s exhibition has proven to be the most competitive in the program’s history with the winning images set to be announced later this fall.

The WPOTY competition and exhibition is London’s Natural History Museum’s global platform for photographers of all ages and levels to capture and share the beauty of the natural world. Every submission is judged anonymously on its creativity, originality, and technical excellence by a panel of international industry experts. There are several categories included in this ranging from age, location, and subject matter. The competition is sponsored by renewable energy company Ørsted and Seedlip

This year’s submissions already include a diverse range of unique images including a lynx making a comeback from an ecological disaster and narwhal shrimp attempting to communicate at great depths below the surface of the ocean. Ahead of the official winner announcements this October, a special selection of “Highly Commended” photographs have been released to remind viewers of “the importance of the variety and variability of life on earth.”

Below are some of the top images from several categories of the competition as selected by the judges:

The final overall winners will be announced via a virtual awards ceremony that will be streamed from Natural History Museum, London on the evening of Tuesday, October 12, 2021.

Image credits: All photos individually credited and provided courtesy of the Wildlife Photographer of the Year.