Wing, a division of Google’s parent company Alphabet, has launched a free app in the United States called OpenSky that is designed to help pilots fly their drones legally.

As reported by The Verge, the app initially launched in Australia in 2019 but is now available for both commercial and recreational pilots in the United Staates on both iOS and Android.

According to DroneLife, Wing leverages Google Maps and uses color-coded areas to show where pilots can and cannot fly. Green areas are considered safe to fly, but pilots will have to be cautious in yellow areas (permits may be required, or potential height and public area restrictions in place), and should not fly in red areas at all.

The app also provides pilots the ability to request to fly in restricted areas and receive “near real-time authorizations,” with an approval process to work in airspace that supports Low Altitude Authorization and Notification Capability (LAANC). 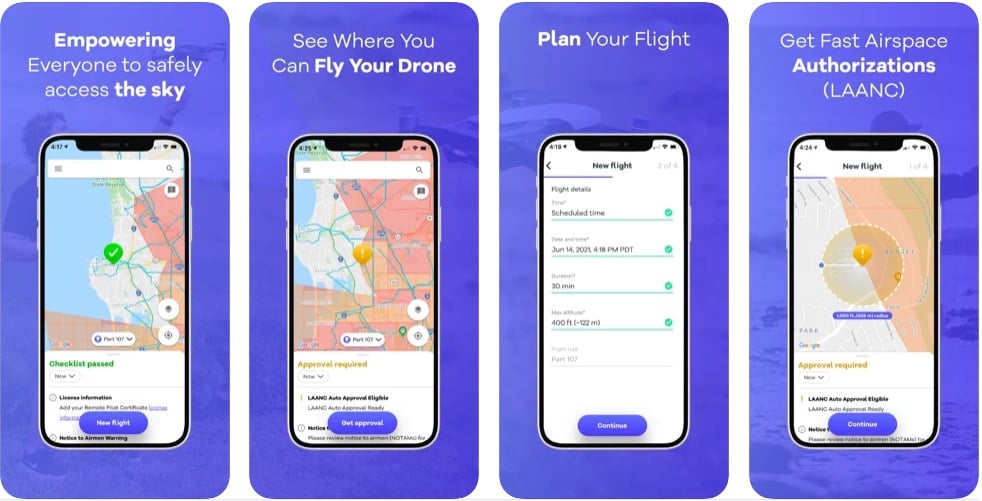 The OpenSky app will also let pilots log and plan their flight paths in advance and allows the ability to apply for early approvals to fly in sensitive areas. The Wing team notes that users who do this should take screenshots of the flight approval in case they end up in an area with poor reception and have to provide proof for any rangers, controllers, or law enforcement present.

Currently, any drone pilot in the United States has to register to fly with the FAA to fly a drone weighing over 0.55 pounds, and from 2023 forward, drones in the air will have to be able to broadcast their locations during flight. Given the increased regulations being placed on drones and UAVs, an app that is readily available for users around the world, showing them easily where they can fly, and an easy path to get permission for restricted areas is a more than welcome addition to the list of tools for pilots.

The OpenSky app will make it easier for pilots to obey the rules and fly any of the nearly two million drones currently registered in the United States.

“Compliance will ultimately expand the uses and benefits of drones — among them emergency response, commercial inspections, and contactless delivery—to more people,” Wing has says on its blog.

Wing’s OpenSky app can be downloaded both on iOS and Android.